This is my second year as a Bearpaw Ambassador and I was super excited when Bearpaw asked me to be a part of their 2018 Fall commercial. I was looking forward to shooting this commercial but was also looking forward to finally meeting the Bearpaw team in person. As a Bearpaw ambassador, all of the communication between me and the Bearpaw team is either through email or phone calls, so it was nice to finally get a chance to meet everyone. 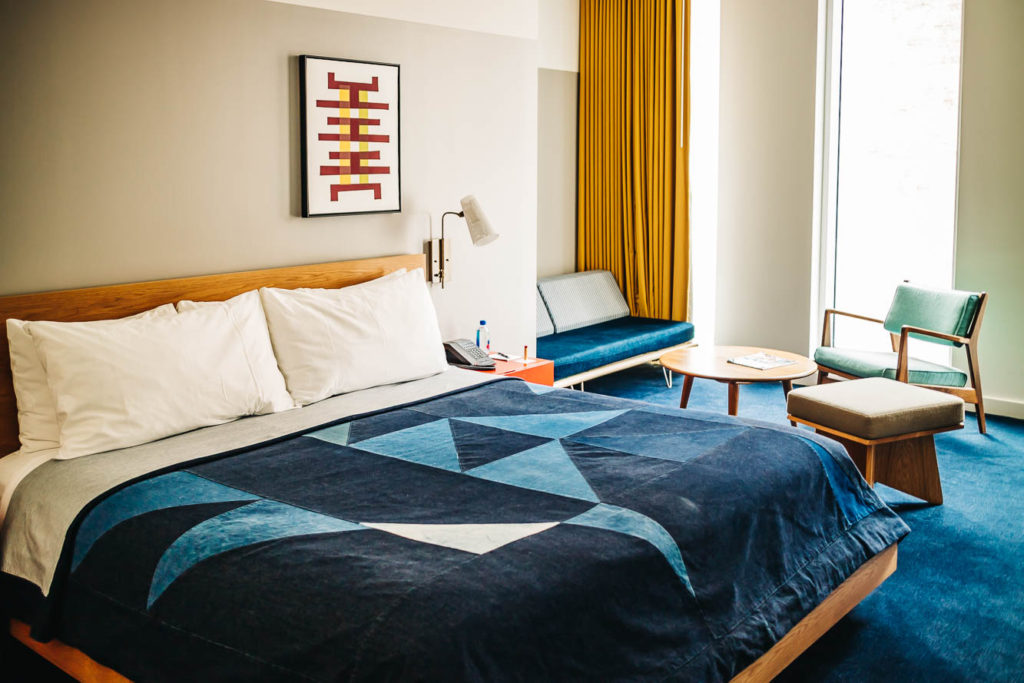 My room at The Durham Hotel. I loved the unique denim comforter. 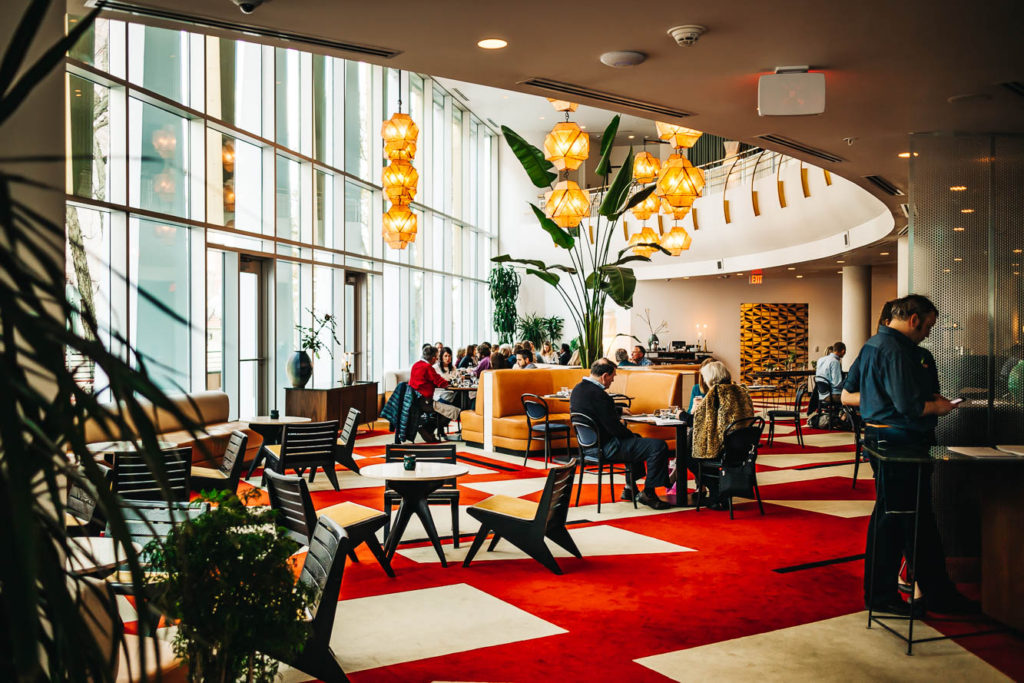 My first day in Durham, NC was a travel day. I checked into my hotel around 5PM and shortly after it was time for dinner. I met the Bearpaw team and fellow Bearpaw ambassadors for dinner and it felt like a big reunion. Everyone got along great and there were no moments of silence or awkward introductions. It was one big Bearpaw family enjoying a nice meal of yummy pizza and good laughs. 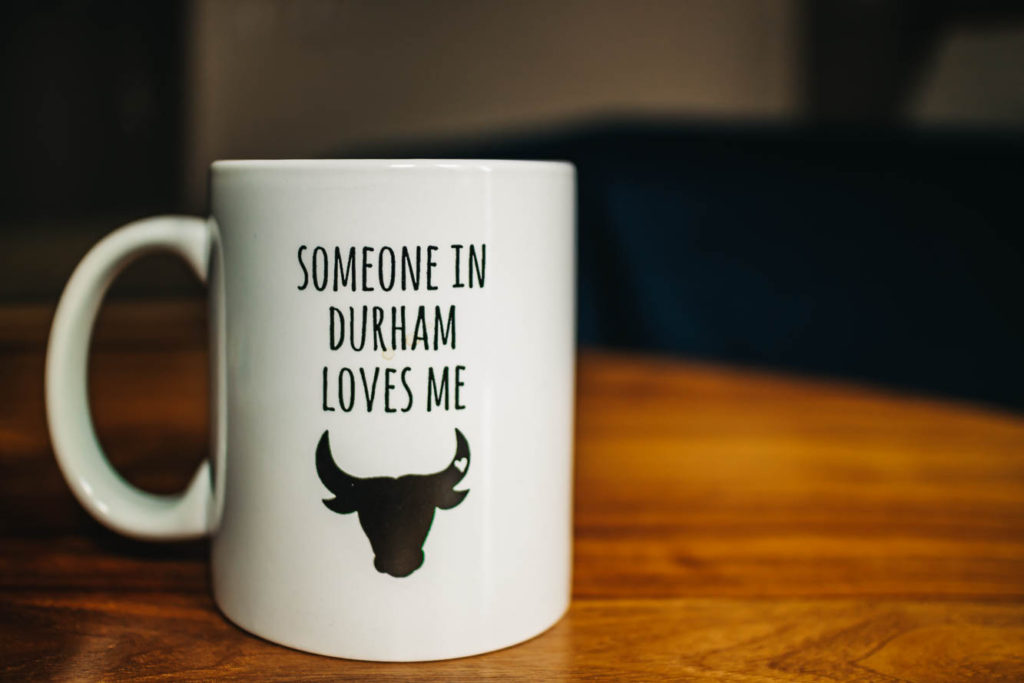 A cute coffee mug inside my hotel room. The Durham Hotel’s coffee game…STRONG! 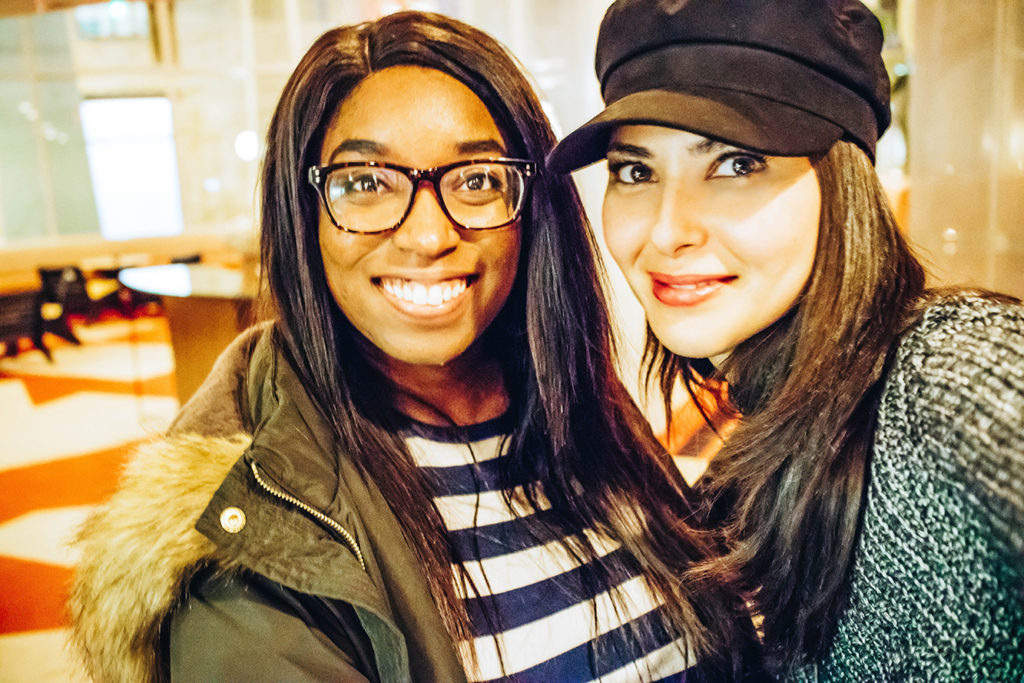 On day two, filming for my BearPaw scenes began shortly after lunch at The Durham Hotel. This boutique hotel is gorgeous and had a hip modern mid-century vibe to it.The furniture and the attention to detail in the rooms were on-point. Another first for me was that I got to shoot inside the hotel I was actually staying at. It really felt like Bearpaw was shooting my real life travels! 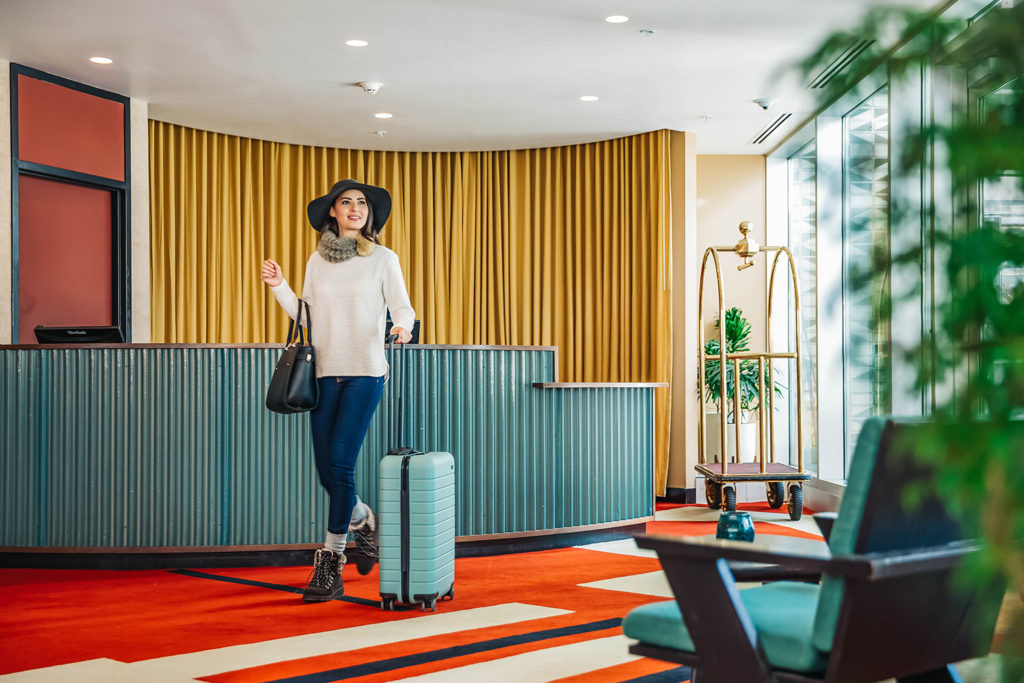 First scene in the hotel lobby. Candy in the Bearpaw Janae and Bearpaw Socks 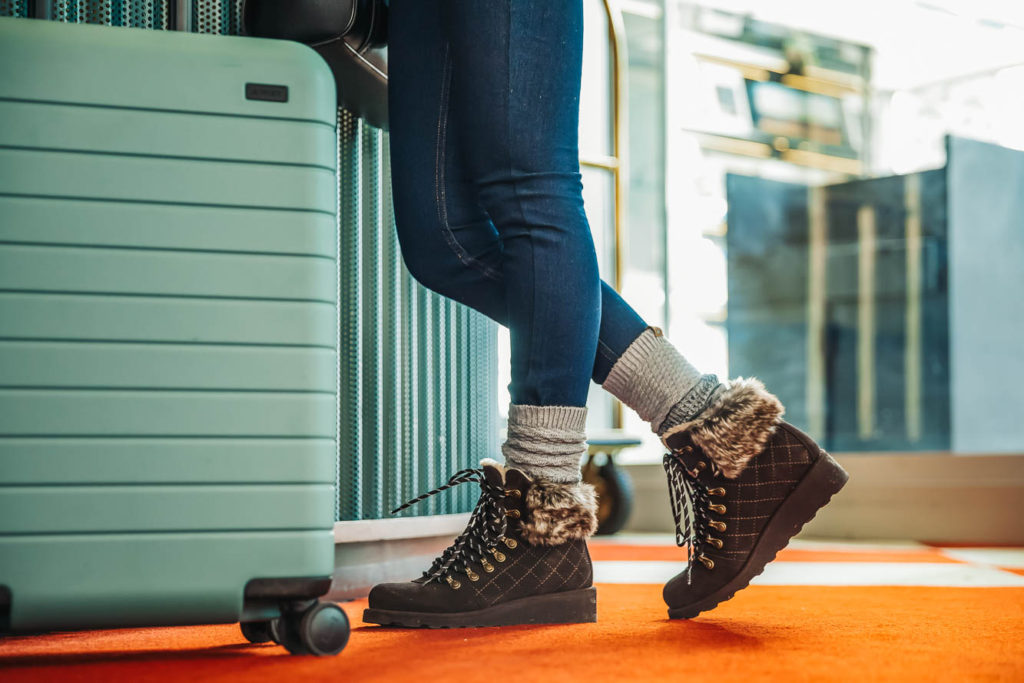 Candy in the Bearpaw Janae and Bearpaw Socks

We shot three scenes inside the hotel: The Lobby, The Rest Area, and The Rooftop Bar. My shoes and clothing for my first scene were super comfy and I was loving the accessories. Bearpaw has been adding some really cute winter accessories to their collections and I was in love with the floppy hat and scarf. Those floppy hats always add so much character to an outfit. 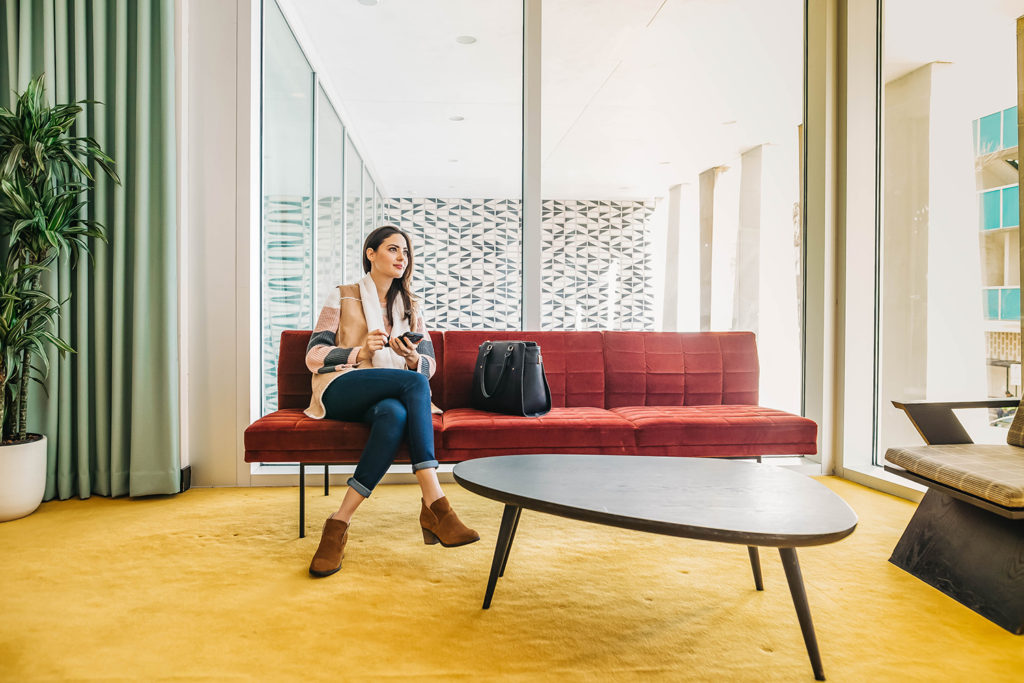 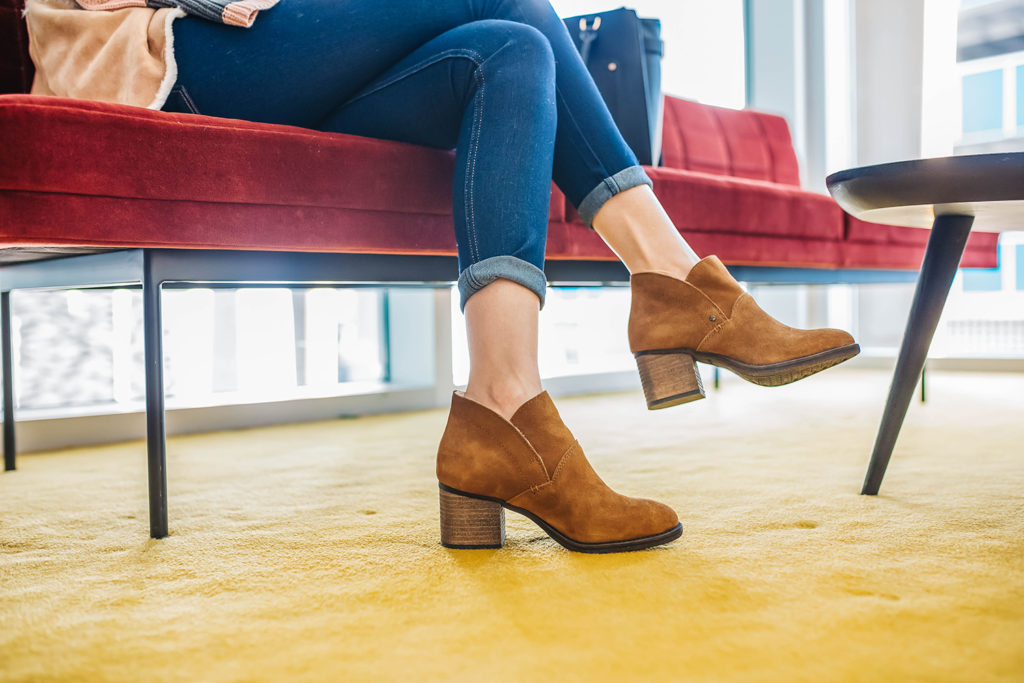 The second location in the hotel was a cozy corner on the second floor. The shoes we shot in this scene were my favorite from the 2018 Winter Collection. I like to pick styles that can pretty much match anything in my wardrobe. Choosing a versatile style maximizes space in my suitcase, especially for my “carry-on” travels. These booties were super comfy, but what I really appreciated was the cut. The cut was feminine and the height of the cut was perfect to pair with ankle length pants or denim. 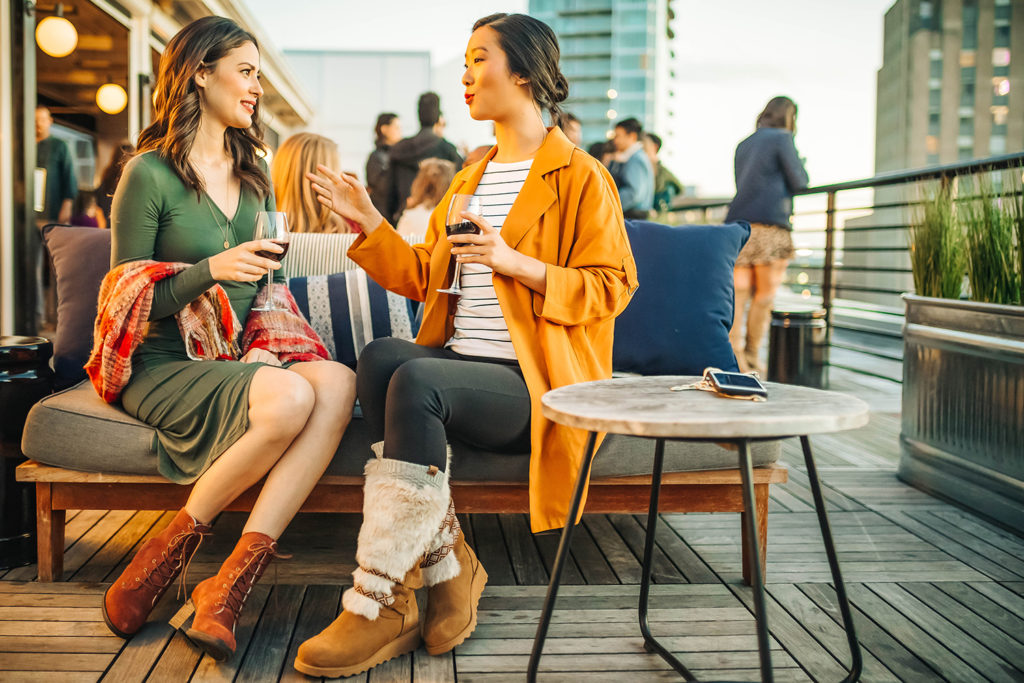 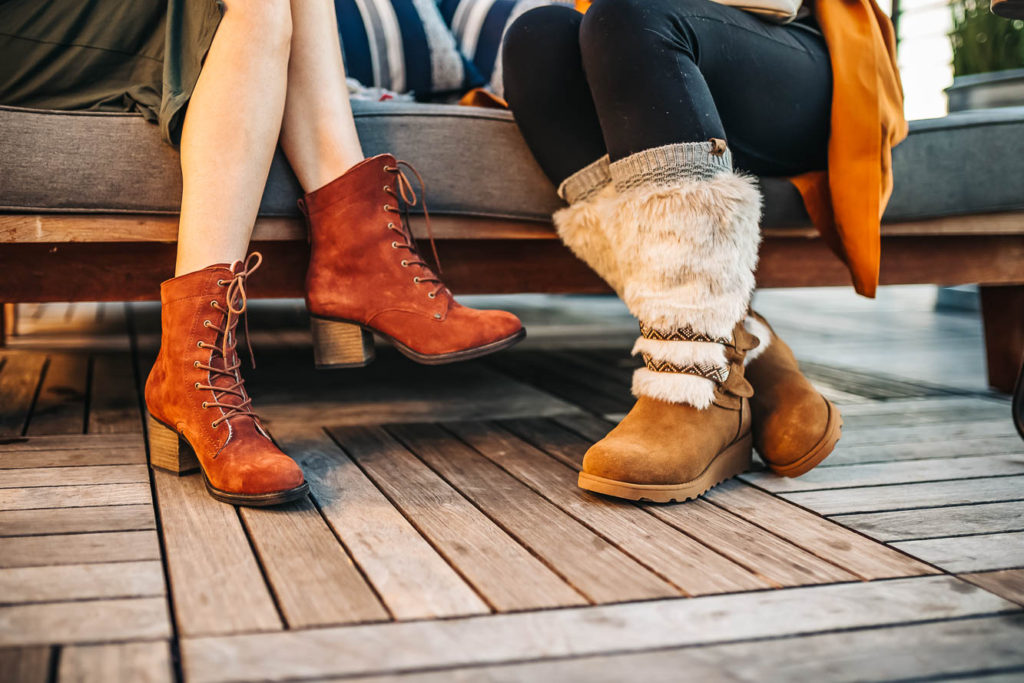 The final scene was shot right around sunset at the hotel’s rooftop bar. The view of downtown Durham was gorgeous and I even got to enjoy a glass of wine in-between takes. The boots that were shot in this scene had an adorable vintage vibe. I usually wear Bearpaw’s classic styles (like the Demi Boot), but I can’t wait to get my hands on these red victorian style boots. The color is classy and I love how they give your feet a slimming effect. 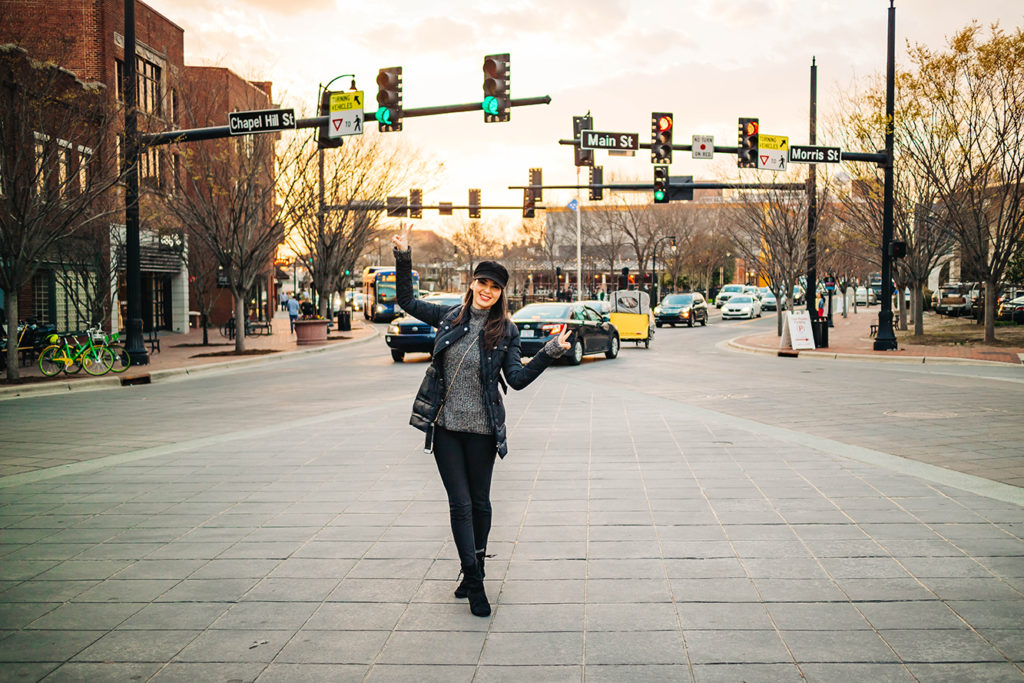 When Bearpaw said they wanted to shoot a commercial that resembled the lifestyle of their Bearpaw Ambassadors, they weren’t kidding. It really felt like I was on one of my personal trips.

I really appreciate how Bearpaw truly embodies their brand of, “Living Life Comfortably”. Even better that Bearpaw’s team, who work behind-the-scenes, are so genuinely nice and really are a fun group of people to be around. Thank you Bearpaw for the amazing opportunity, the yummy dinners, and for the fun conversations we had. I feel so lucky to be your ambassador!

For more from Candy 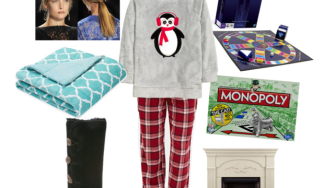 Game Night and Chill for Cuddle Up Day! 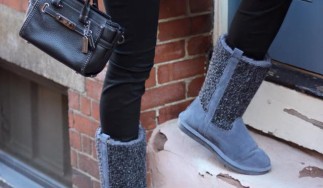 Combating the Cold with Adrianna 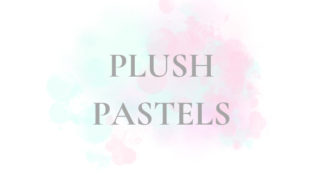 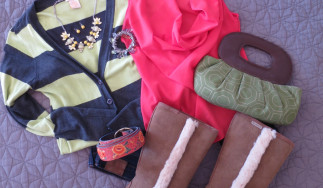