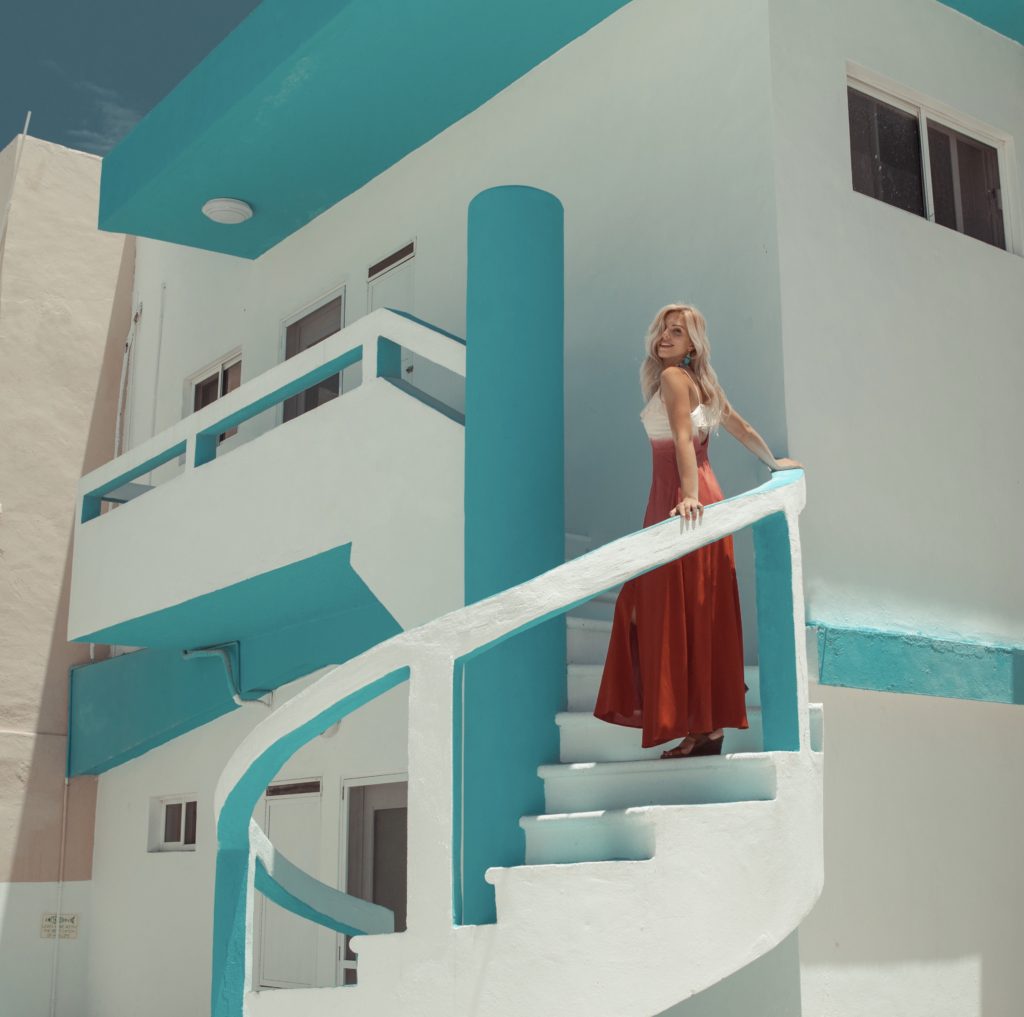 Born and raised in California, my first time out of the states started in Cancun, Quintana Roo, México at 26 years old! Took me long enough, right?!

It took almost all day to travel but in reality the flight should only take 5 hours from LAX to Cancun. My other half loves to save a dollar here and there. 😉

Although he did book us the nicest hotel in Cancun, Secrets The Vine. It’s the tallest hotel in Cancun which meant the best views on both sides (ocean and lagoon). The sun sets on the lagoon side and it was one of my favorite things to watch each night. The hotel was very nice but that also meant that the spa and other activities were very expensive! For example, an 80 minute massage was $500 US. No way Jose! 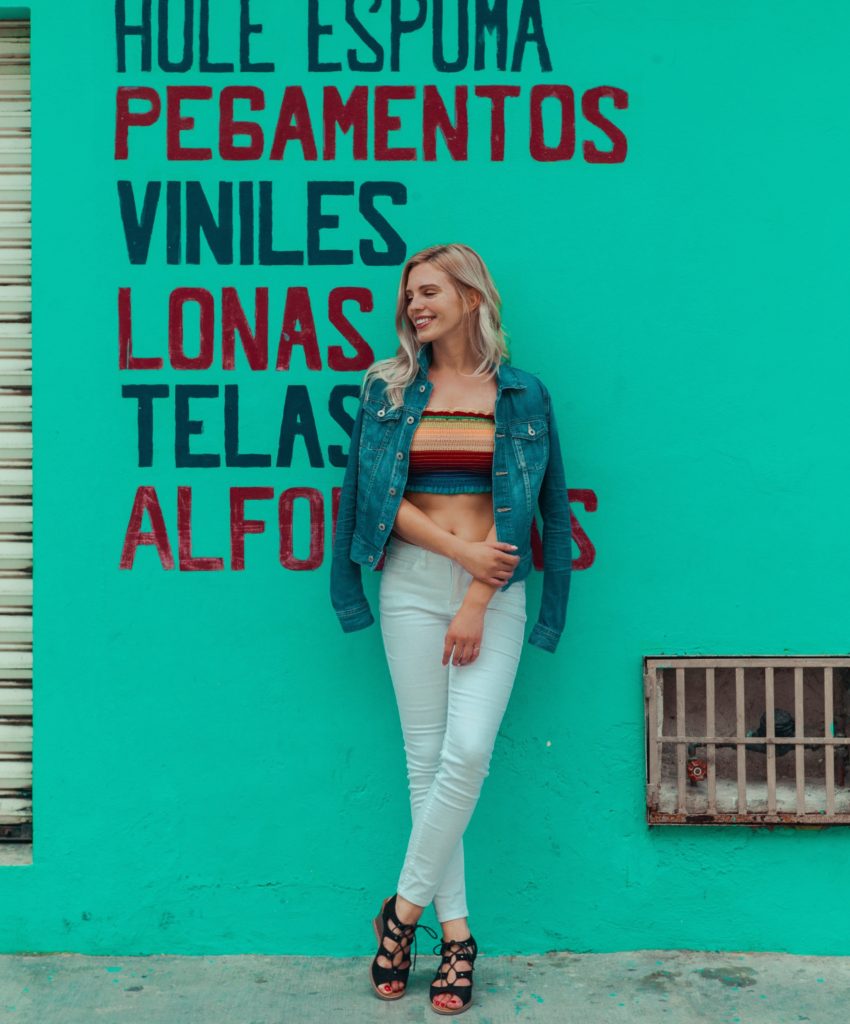 Our first day in Cancun we took the city bus for 13 pesos each to the Fashion Harbor about 5 minutes down the street. They have a lot of American branded shops and high end stores like Saint Laurent, Guess and Burberry. They also have a great selection of Mexican style restaurants that overlook the lagoon. We found just what we were looking for when we sat down to eat at Taco Y Tequila. It’s the place decked out in skulls and pink everything! Mind the salsa, it’s very spicy. I didn’t try it but you know Spencer had too! I had pollo tacos, they were amazing! Spencer had steak tacos and they were gone in 2.5 seconds so I think he enjoyed them. 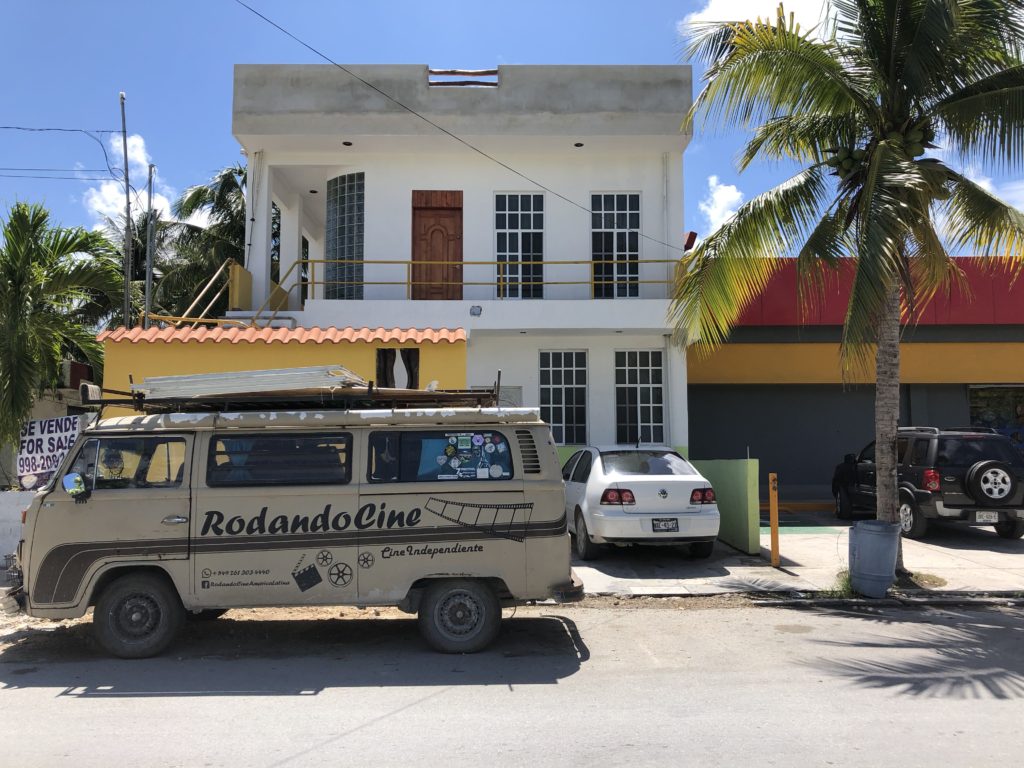 You can rent jet skis and book boat tours right on the docks, in front of the restaurants. The store employees were courteous and not very pushy like they were in other shopping areas around Mexico. This was a very touristy, Americanized area.

To be honest, it was a lot more Americanized than I thought it would be. I think most people go to Cancun to lay on the beach and drink endless margaritas, which sounds nice but I came looking for more culture and a unique experience. I wanted to adventure into another country!

Our hotel had many free entertainment Options including a piano bar where we finished our first night out watching an extreme yo-yo-ist show us his amazing skills! His name is Mark Hayward if you want to look him up on YouTube.

Our next day we got up and headed straight to the beach where we body surfed and enjoyed the sun. The water was about 76° and as blue as Chris Hemsworth’s eyes. (swoon) The sand was unbelievably smooth and white. The weather stayed about 95°F with humidity. There was always a nice breeze blowing so the weather was perfect in the shade. 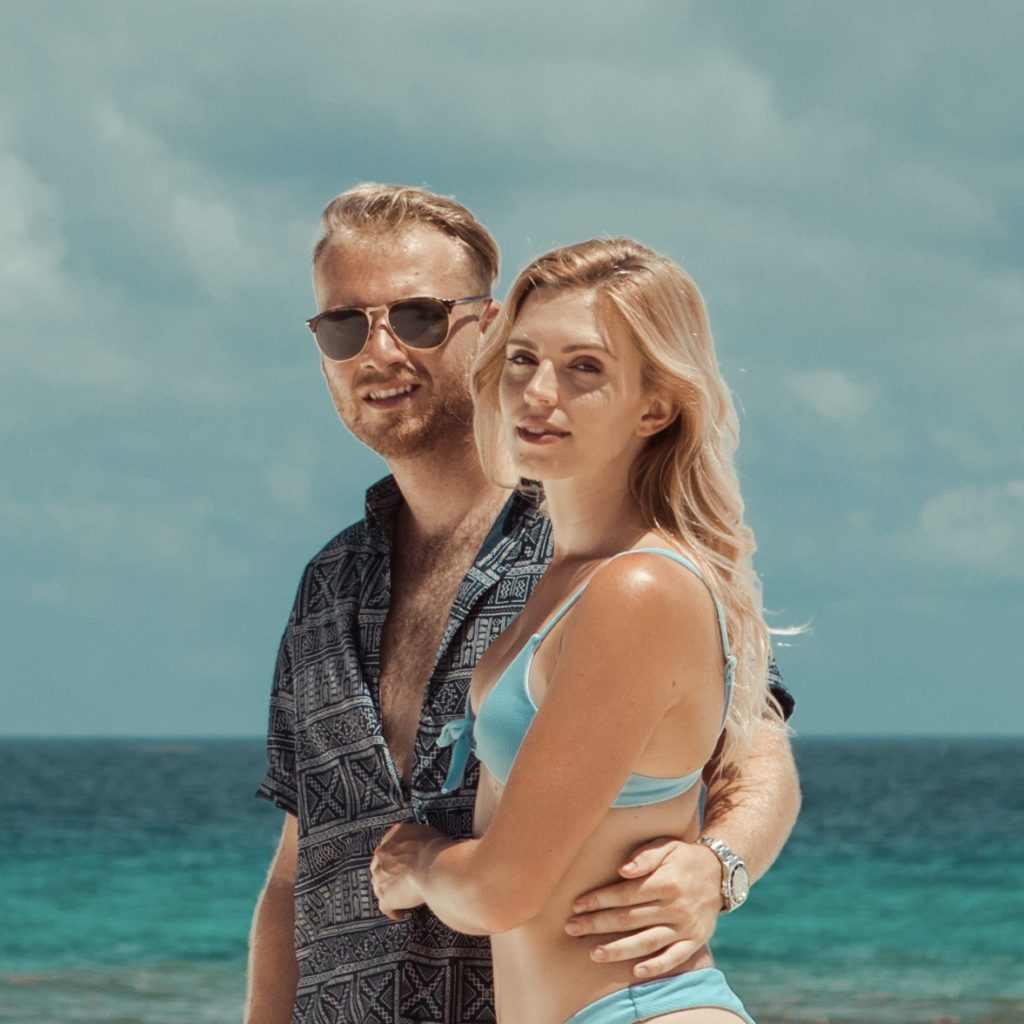 We were able to schedule some adventures for the Jungle Cruise, a tour of Tulum and Xel-ha all at our hotel. They even have a car rental company at the hotel. It was about $60 to rent a car for the day. The tour of Tulum was $65 per person and Xel-ha was $80 per person. The tours were a lot more pricey than expected, as tourism is booming!

The next day there we decided to venture out of the hotel zone and visit a little city called Bahía Azul, its a Cul-de-sac in downtown Cancun, north of the hotel zone. We traveled by city bus again as it drives right through the town. We walked around, taking photos of the unique, pastel painted houses and stray dogs. Yes, I had to be reminded not to pet them. Haha

Although it was beautiful, the streets were lined in garbage. You could tell that this was a lower class neighborhood. When I asked why it was so trashed, Spencer said the garbage rates are too expensive in Cancun so they take their bags of trash and leave it on a corner street. We actually witnessed a man dumping trash in front of an abandoned building. Some people said hello and others just glared. This blind man turned around, chuckled and said, “Adios amigos!”, with an evil grin. We decided it would be best to move quickly through the neighborhoods so we didn’t draw too much attention. It’s always best to be aware of your surroundings, especially in Mexico!

Our fourth day we did the jungle boat cruise, it included your own boat to drive and snorkel gear to go snorkeling in the reefs. It was the best snorkeling we did in Cancun! I suggest this highly and it was only $99 for the both of us. I will say though that the boats are not in the best shape from accidents and what not. In fact, we had the worst looking one out on the water. But it ran fairly well and it didn’t sink! We saw at least 20 different types of fish. My favorites were the puffer fish, lobster, sea urchins and a stingray! 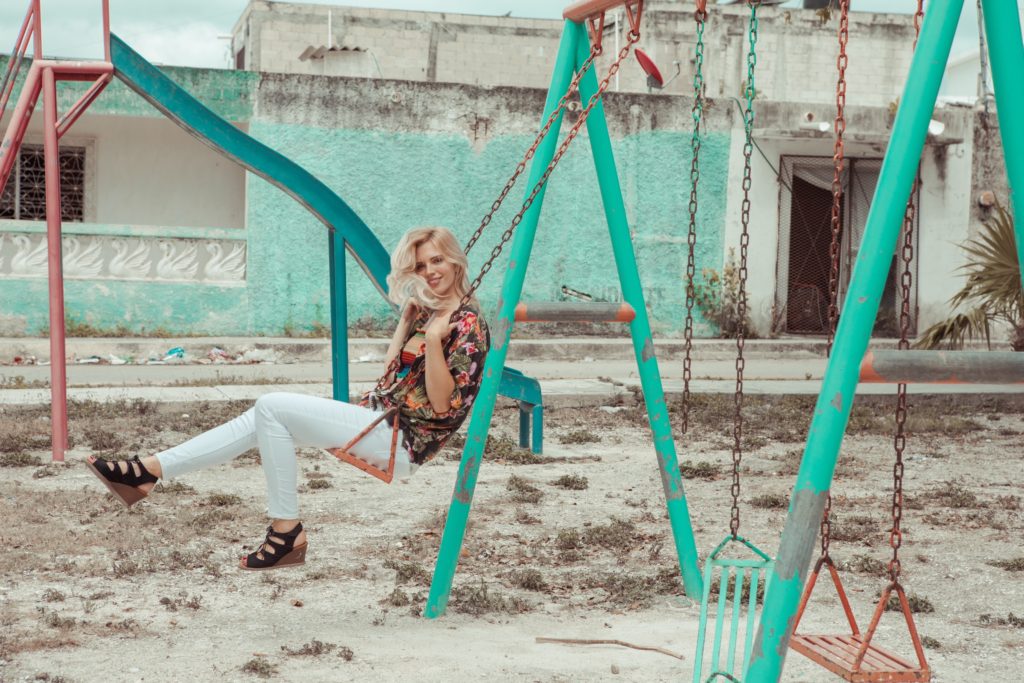 On our sixth day, we adventured down south to Puerto Morelos and Playa del Carmen. We rented a car from the hotel for $60 a day. Which was a lot cheaper than a taxi. We stopped and ate at a spot right on the beach that had the best tacos in Puerto Morelos. I cannot remember the name of it but it’s the place to the left of the colorful Puerto Morelos sign and there’s a dock to the left of it! I will say though that I did get sick after eating here but I think it was from dehydration. Spencer thought it was the “Touristas!” You never know, it could have been the melted ice in my margarita. One thing to pay attention to there is where your drinking water is coming from and if your ice has already melted in your drink. Haha

Playa del Carmen was definitely an upper class area. It had nice homes, nice cars parked everywhere. A really nice outdoor strip mall, Fancy night clubs on the beach. It reminded me of Venice beach, CA. We did a little shopping here and found some great deals on clothing.

Our last day in Mexico, we did both, Tulum and Xel-ha in one day and it included transportation to both places and back to the hotel. They are about an hour south from the hotel. Tulum is where the ancient Mayans built their homes, temples and the famous landmarks that helped them build The Mayan Calendar. It was such a beautiful thing to see/experience and it’s not as crowded as Chichen Itza. 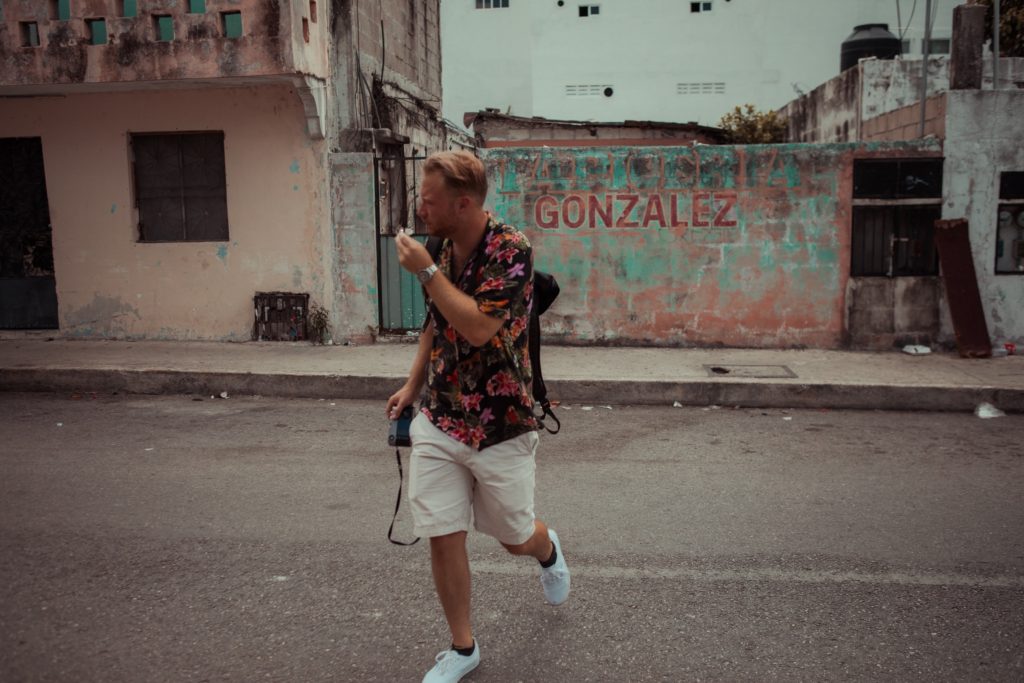 Did you know, there are still 6 million Mayans alive today! We had the wonderful opportunity to meet one as he was our tour guide! He told us about his life and how fortunate he was to learn his Mayan culture and language from his parents and the opportunity to learn English from a teacher that volunteered in his village. He also spoke German and Spanish! Most Mayans can not speak any other language because it’s so rare to have a teacher who teaches in Mayan. Mayans are also the only indigenous people without their own country and this is why it is a dying culture.

Xel-ha, pronounced shell-ah, is an exotic water park, including a lazy lagoon, snorkeling, giant water slides, zip lining, bike ziplining, cenotes and all inclusive drinks and food. They had great buffet-style foods there. The best potato wedges I’ve ever had! Haha 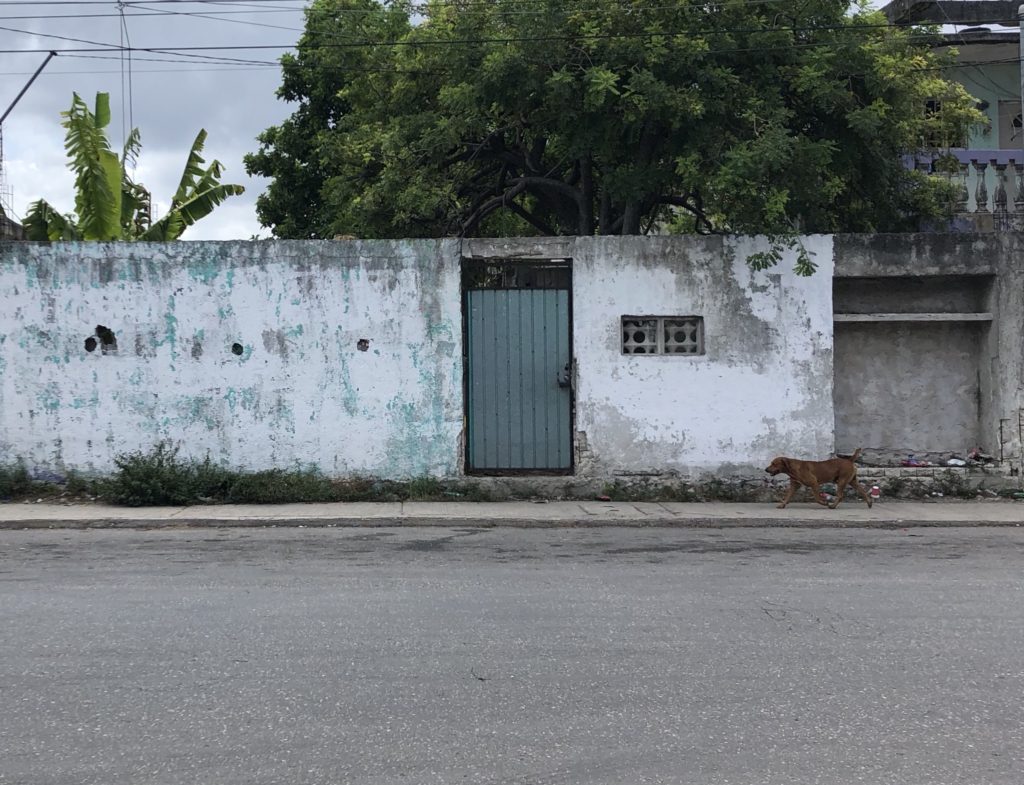 Overall, it was a beautiful place to visit. The beach and the ocean were the best part, hands down! Next time, I will be aiming for more adventure, culture, real experience and less touristy-Americanized places! 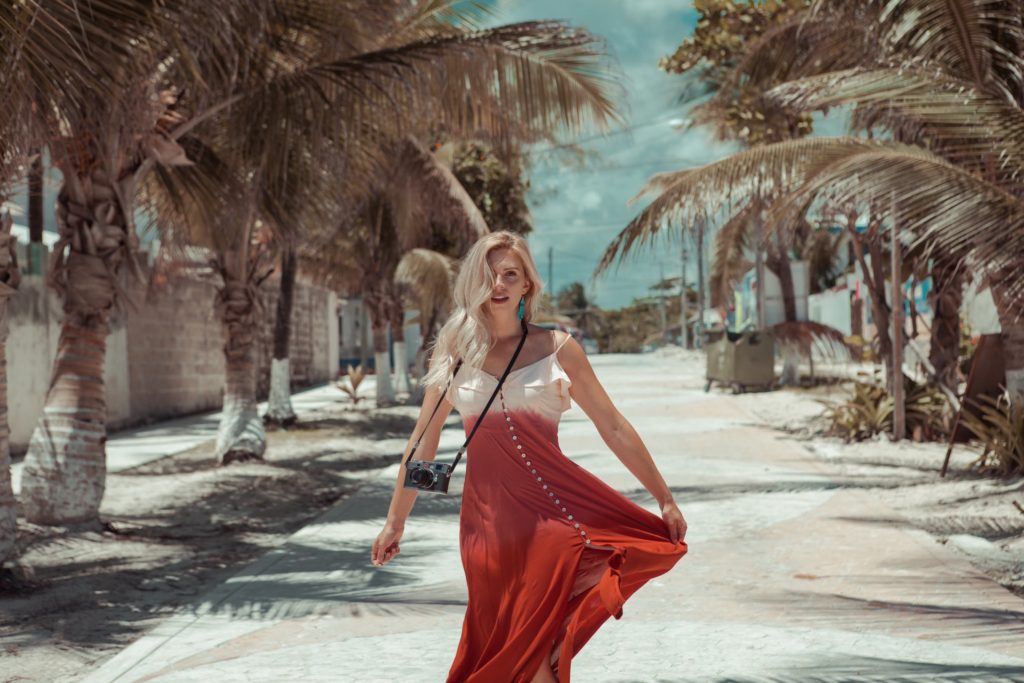 Behind the Scenes with Candy Waltrip | Bearpaw Fall/Winter 2018 Commercial 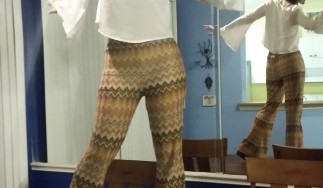 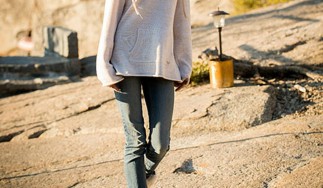 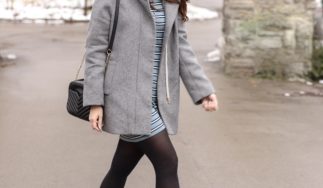